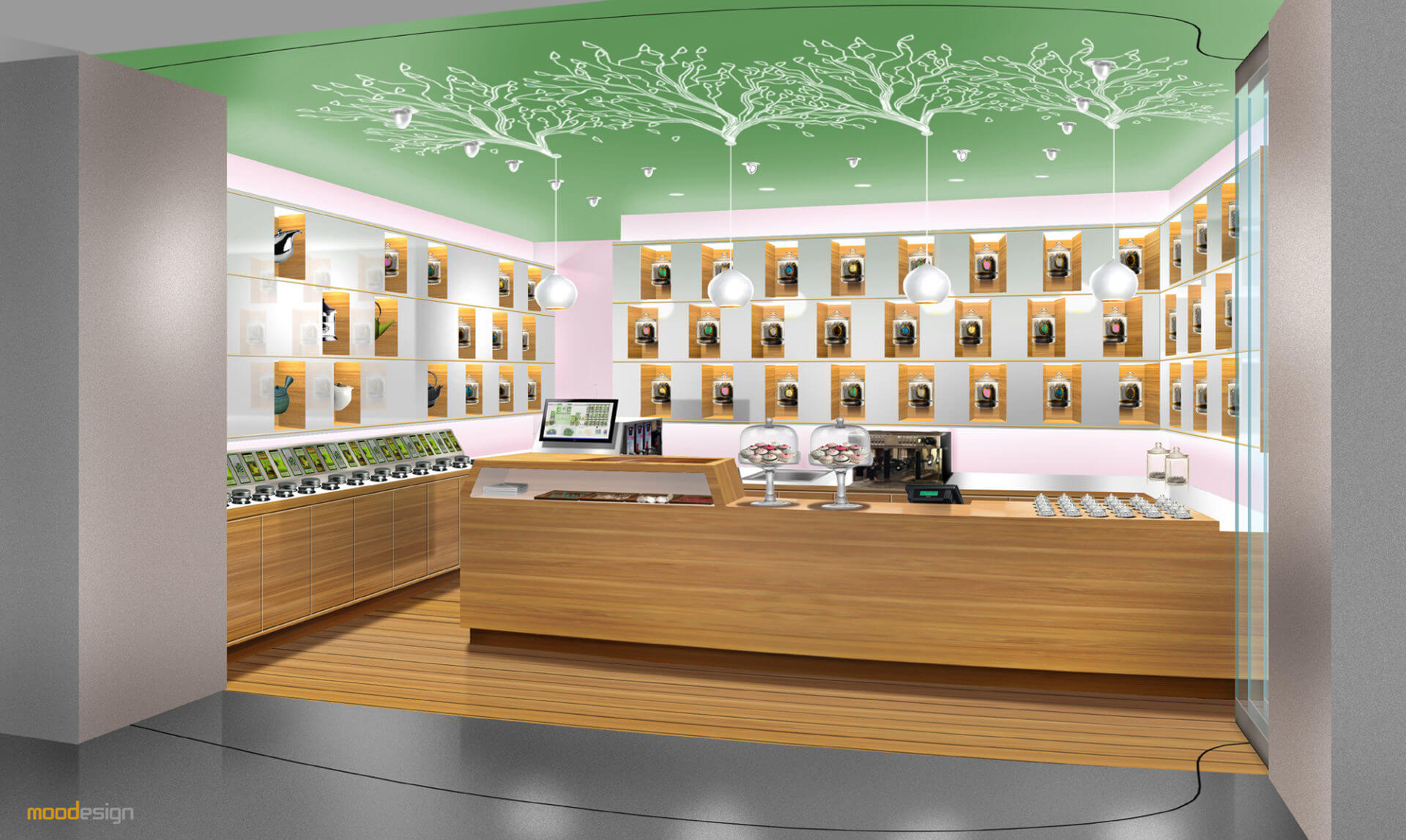 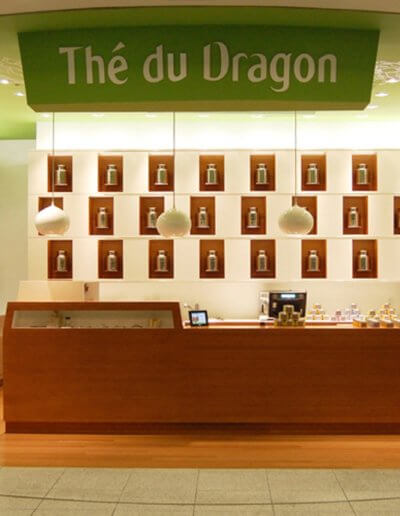 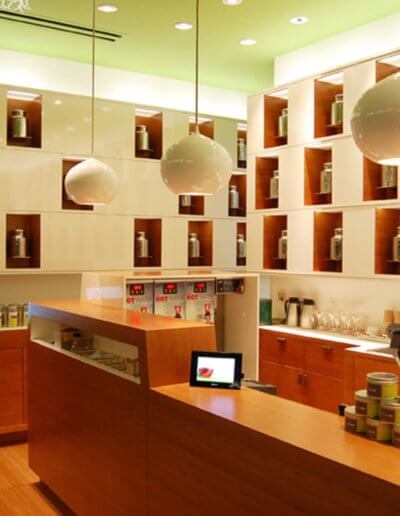 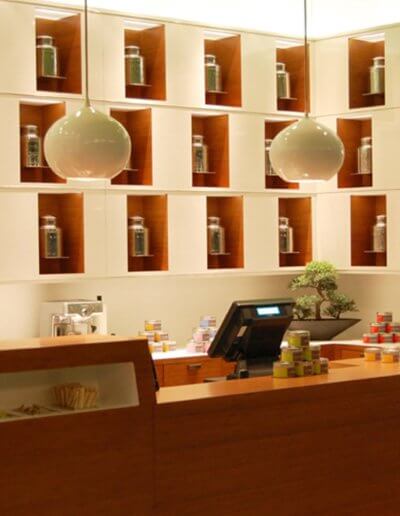 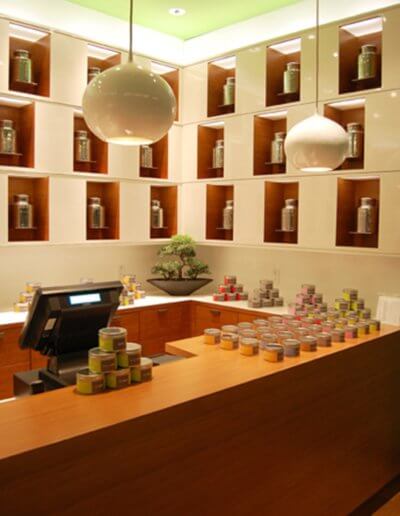 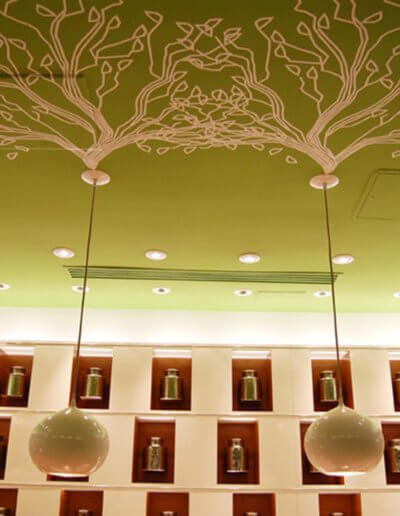 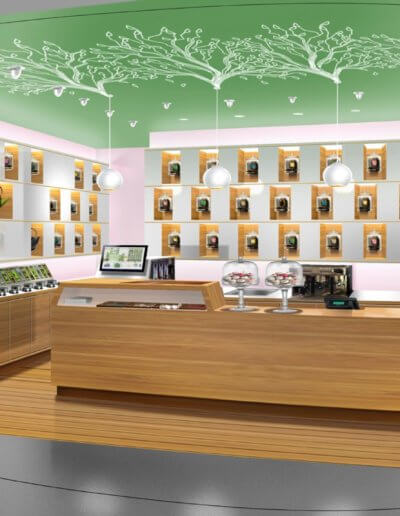 Small surface and symmetry of the room Everything was in place to produce a strong visual concept for the entire space in order to create a complete unity effect. To do so, a graphic design is possible by the staggered arrangement of niches according to the Müler-Lyer illusion principle forming an optical distortion effect.

A game of contrast is achieved by the orderly arrangement of these rectangular niches as opposed to the natural organic shapes of tea shrubs printed on the ceiling from which emerge pendant lights in the shape of an egg.