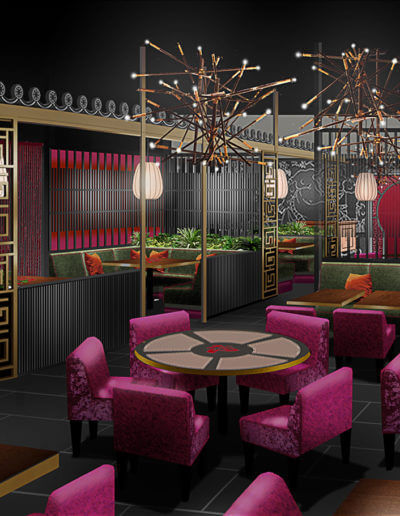 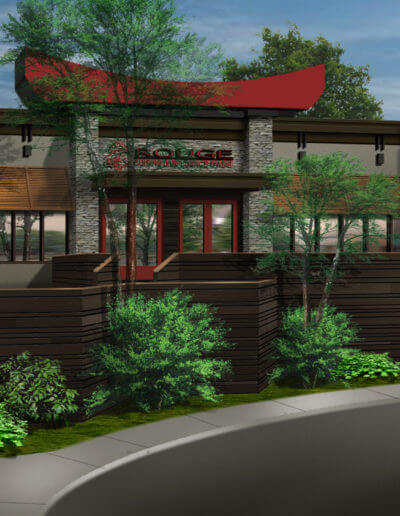 Complete transformation of a commercial bungalow-style restaurant facade into a Japanese-style samurai-style building. Majestic entrance supported by limestone columns and a roof crown inspired by traditional architecture. Mixed Asian interior due to the varied characters of its various installations such as screens, trellises, lighting and ornamentation. Both dark and soothing atmosphere made possible by the choice of colors and lighting